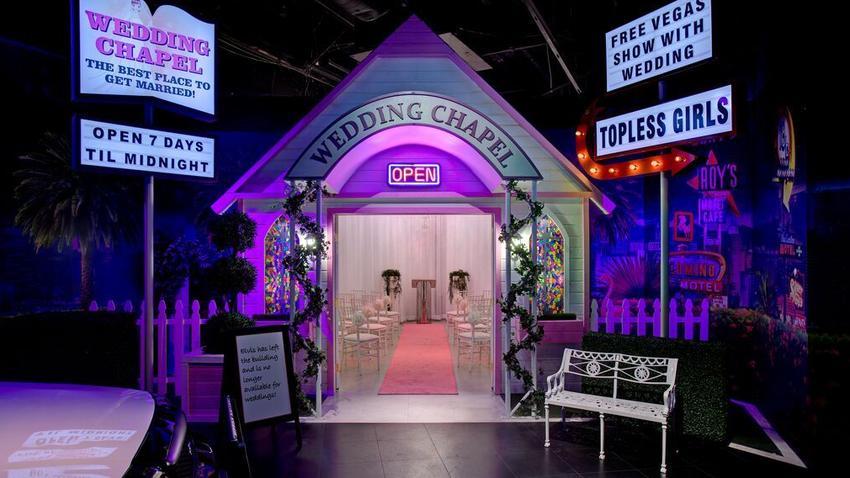 Here’s what you can do this Labor Day weekend that you’ve never been able to do before: Get married in the brand-new “Hangover” wedding chapel at Madame Tussauds Las Vegas. 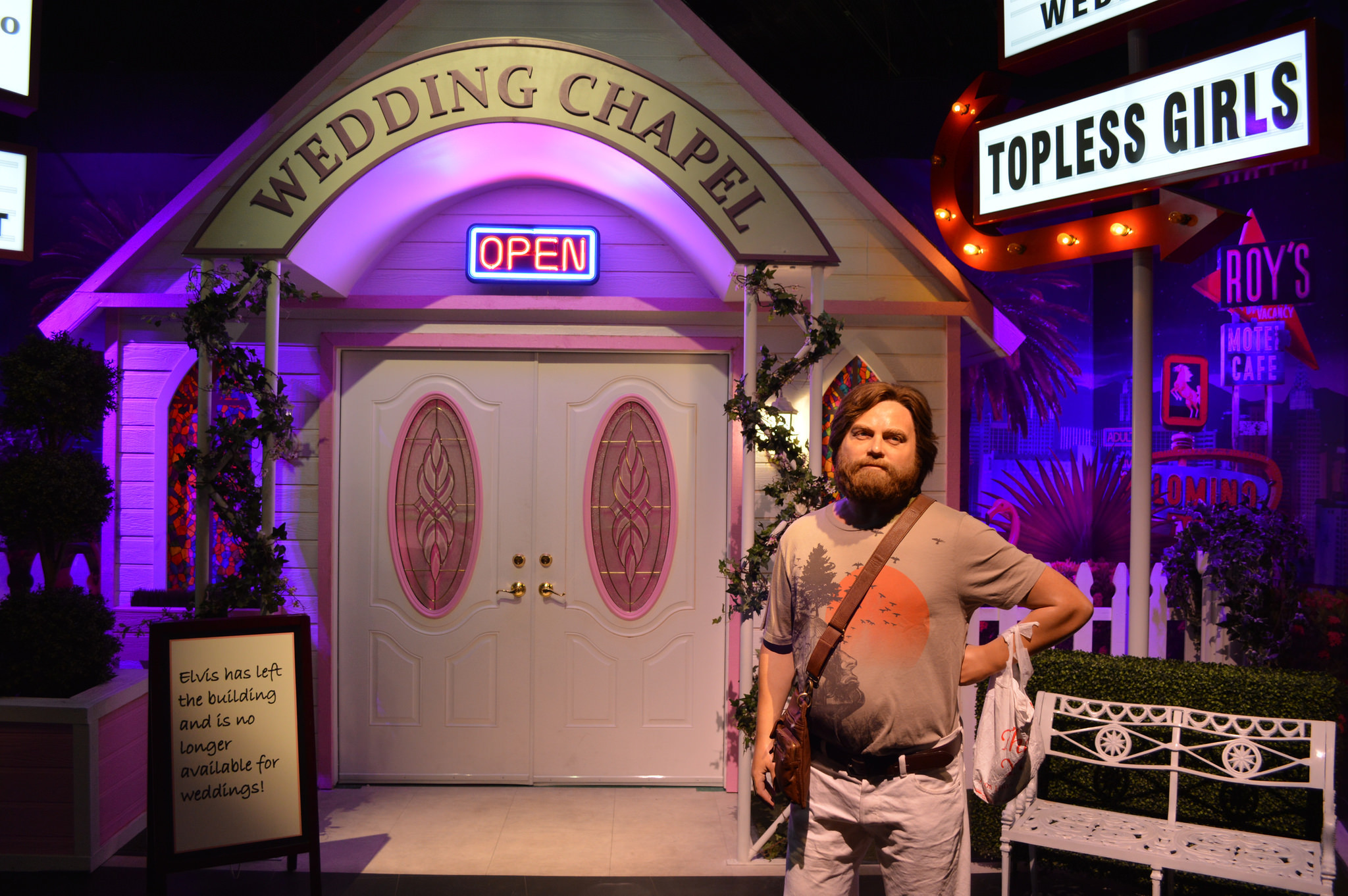 In a first for the wax empire, Madame Tussauds Las Vegas has thrown open the doors on a look-alike chapel inspired by the 2009 hit film. It’s inside the museum’s “Hangover Experience,” which debuted last July, and is open for weddings this weekend. 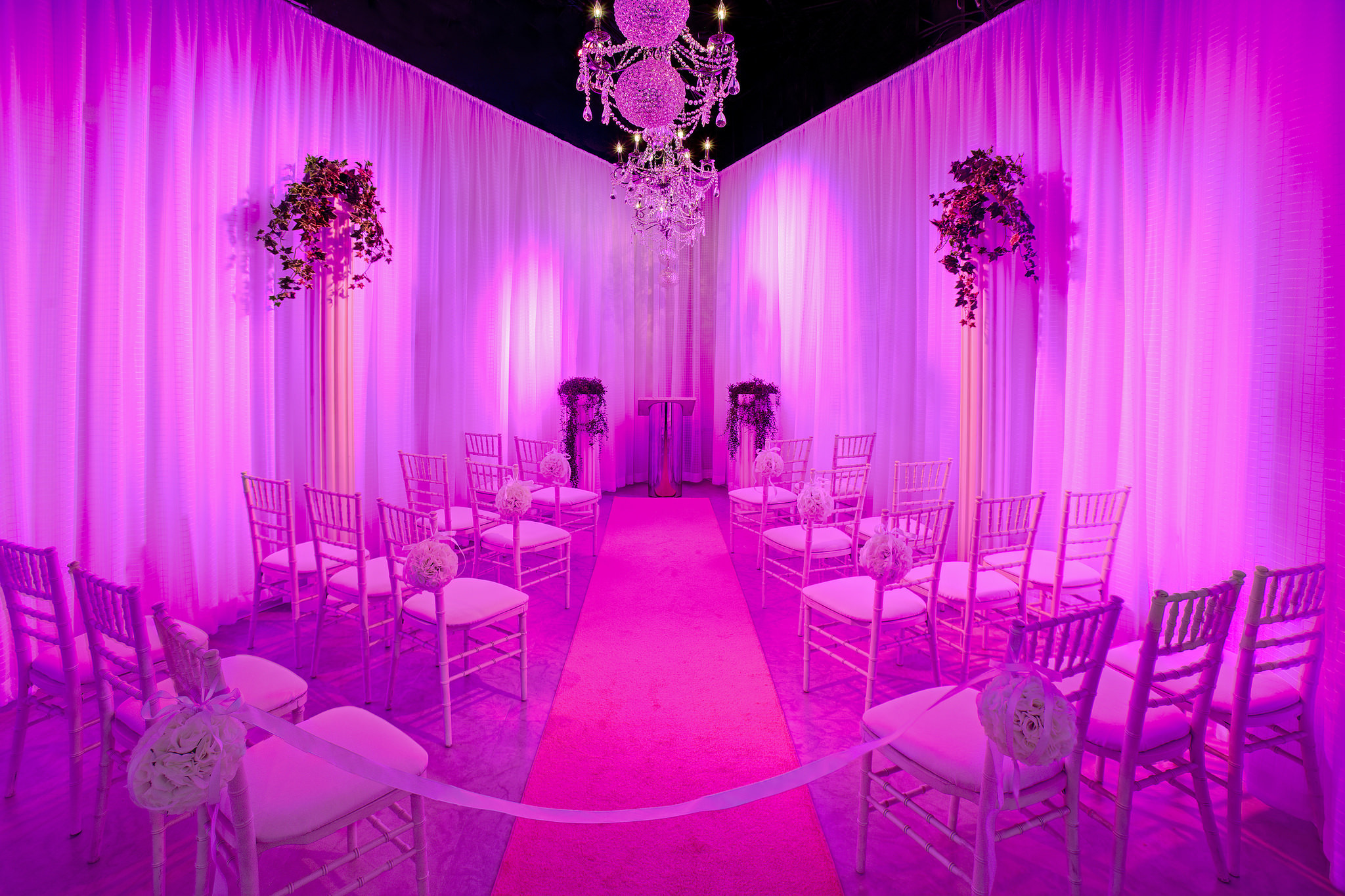 And you can request one of those knuckleheads — or should I say wax-heads? — Alan and Phil, to be in your wedding party too. You may tour the hotel room with the tiger in the bathroom that’s part of the “Hangover” display, then march down the aisle to be married by an Elvis-type minister.

Here’s what comes in the $5,500 wedding package: the chapel, for up to 30 guests; a bouquet for the bride and boutonniere for the groom; a DJ; and shots of — what else? — Jagermeister for the couple. Other packages start at $1,500.

Souvenir photos and a little reception — two hours of a mini-buffet and a bartender serving wine and beer — also are included. And the chapel can be lighted in any color you choose. (Don’t forget to order those powder blue three-piece suits for your wedding party.)

The real chapel from the film, set and shot in Las Vegas, doesn’t exist. It was a prop constructed off the Strip during the making of the movie.

And if you’re clueless as to what this movie’s about, the title pretty much says it all: Bachelor party partyers wake up to find the groom missing and have to scour Las Vegas to find him. 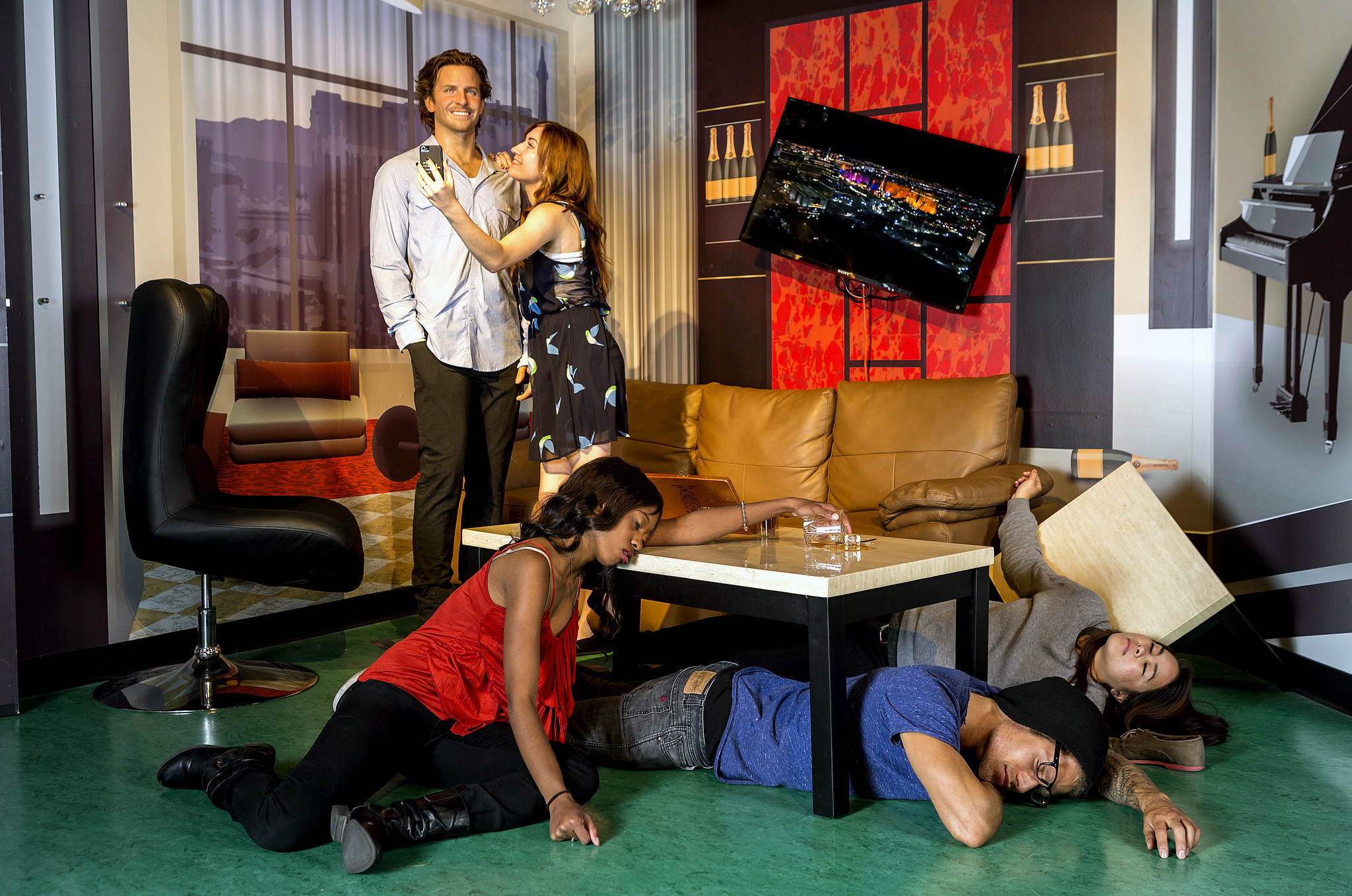 The wax version of Phil (played in the film by Bradley Cooper), stands above party posers. (Madame Tussauds Las Vegas)

To book a wedding at Madame Tussauds, contact events manager Michael Tapia at (702) 862-7805 or michael.tapia@madametussaudslv.com

If you want to have a “Hangover” film location chaser, visit these Vegas locations from Worldwide Guide to Movie Locations.