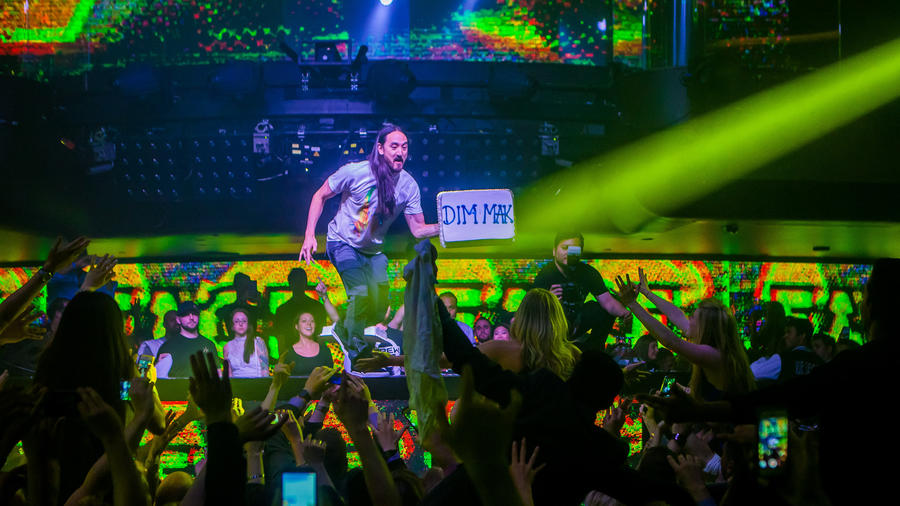 Experience rock, rap, laughs and some Snoop this Labor Day with a wide roster of talented entertainers who have come to Las Vegas to work while you relax as summer fades away.

Here are eight things you can do in Las Vegas over Labor Day weekend.

1. Head to Hakkasan at the MGM Grand on Thursday, Sept. 3, for Steve Aoki, the deejay who loves to body surf, throw cake out to the crowd and spray everyone with champagne. Mega-deejay Tiesto takes over the decks on Friday, Sept. 4, with DJ Jazzy Jeff bringing his sounds to the nightclub’s Ling Ling Club.

2. Snoop Dogg brings his Snoopadelic Cabaret to Tao Nightclub at the Venetian on Saturday, Sept. 5, a chic affair with Snoop as the host.

3. Singer Celine Dion returns to Las Vegas with her resident show that brings 23 songs, a meld of her biggest hits and songs from legends such as Frank Sinatra and Elvis Presley, presented in hologram form. She performs at The Colosseum at Caesars Palace Sept. 4, 5 and 8.

4. Comedian Kevin Hart returns to the Cosmopolitan of Las Vegas with his HartBeat Weekend on Sept. 5 and 6. Hart hosts two comedy shows at the Chelsea. The Kevin Hart & Friends Comedy All-stars act features standup comedy from some of Hart’s favorite comedians.

Tickets for the comedy show start at $50.

5. Alternative rock heavyweights Incubus head to The Joint at Hard Rock Hotel for two concerts on Sept. 5 and 6. The band spent the last two years off the grid as they worked on a nontraditional album for 2015.

6. Comedian Ron White from the Blue Collar Comedy Tour takes over the Terry Fator Theatre at the Mirageon Sept. 4 and 5, wearing a black suit and holding a Scotch in one hand and a cigar in the other.

7. Go old school with Grand Funk Railroad playing the Golden Nugget on Sept. 4. The trio out of Flint, Mich., celebrates 45 years of Grand Funk on this tour with songs such as “We’re an American Band” and “I’m Your Captain (Closer to Home).”

8. Make it a free show with Kansas and Blue Oyster Cult on the Fremont Street Experience on Sunday, Sept. 6. That means a lot of “Carry On Wayward Son” from Kansas and “(Don’t Fear) The Reaper” from BOC.